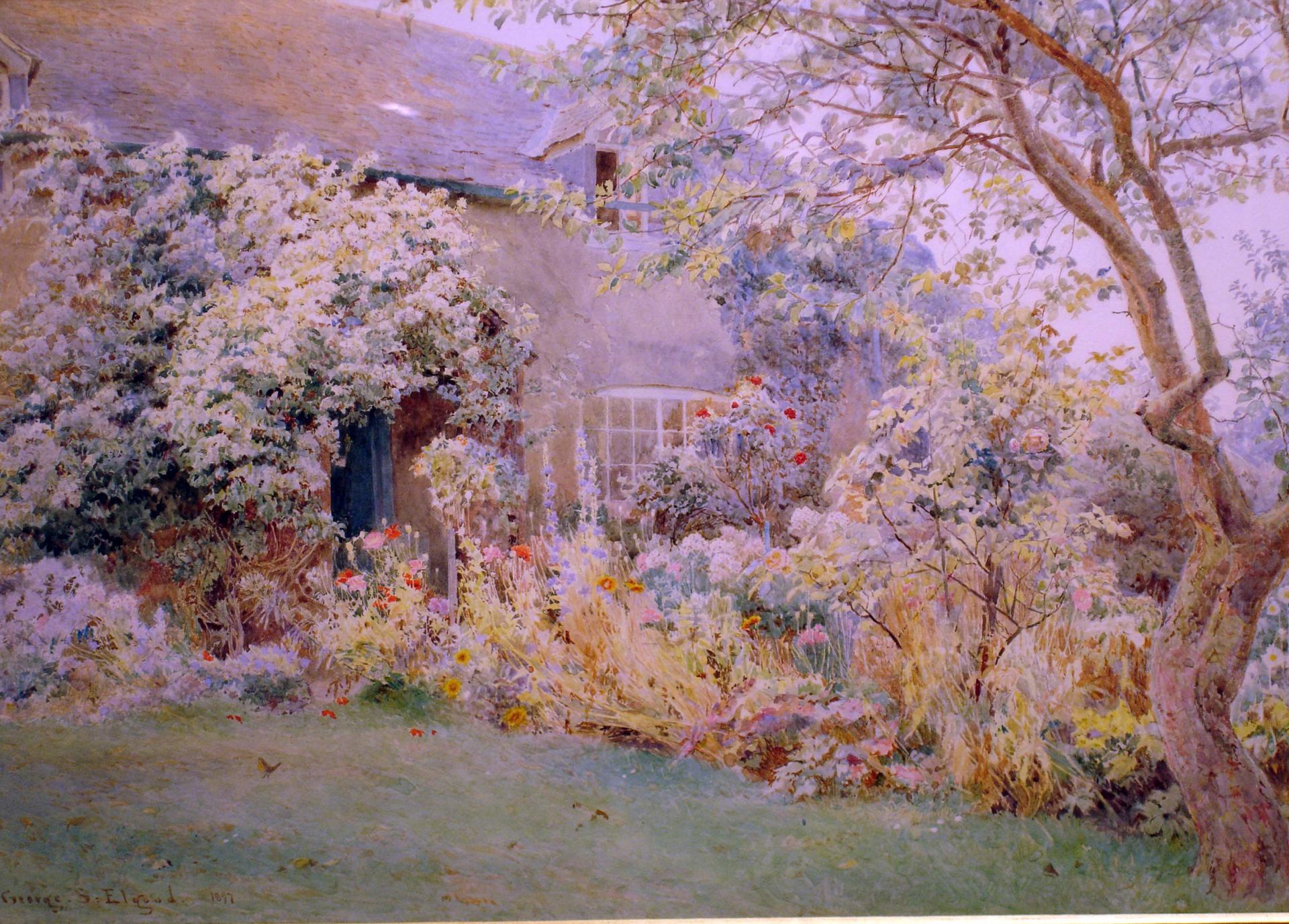 On the 26 February 1851 George Samuel Elgood was born. He was a master at capturing the golden age of English gardening in watercolour. Six of his paintings ended up in the collection of his sister-in-law Annie, and form part of one of Preston Park Museum’s founding collections.

His first painting exhibition was not until he was 27 years old when he displayed his work at the Walker Gallery in Liverpool. It quickly became clear that he was a talented watercolourist and he was invited to display his work in further shows up until 1881. This was the same year he married fellow artist Mary Clephan, the sister of Annie Clephan who bequeathed the founding art collection of Preston Park Museum. The Elgoods travelled Europe, painting gorgeous garden scenes and falling in love with Italy in particular, a place they returned to every year to paint.

It was Elgood’s English gardens that brought him recognition, with his use of lush greens and summery colours, and on one occasion he sold fifty paintings in one day in 1895.

“amongst the purchasers were the Empress Frederick and Princess Louise… The Queen, who was unable to visit, telegraphed for one of the pictures to be reserved for her collection.” [The Sketch, 27 March 1895]

One of his quirks was his wish to make his paintings look historical, and he often made his family members dress up in 18th century clothing in order to paint them into his garden scenes. This painting of Penshurst Place, Kent, likely shows his wife Mary, his sister Elizabeth and his brother-in-law John Fulleylove, who was also a watercolourist.

Elgood was also known for being avid about the environment, cultivating his own large garden at his home in Kent. He grew more eccentric as he aged, refusing to use electric lighting in his home and using a well instead of piped water, which frustrated his niece. In his later years, the local council arrived to try to cut down the trees on the boundary of his home. Elgood responded to this by sitting in his shed and aiming a shotgun at the workers, threatening to shoot the first man who cut the trees!

The Borghese Gardens on display at Preston Park

One of his larger watercolours, the Borghese Gardens, will go on display in April, and will be joined by John Fulleylove’s The Orange Market, Sorrento. 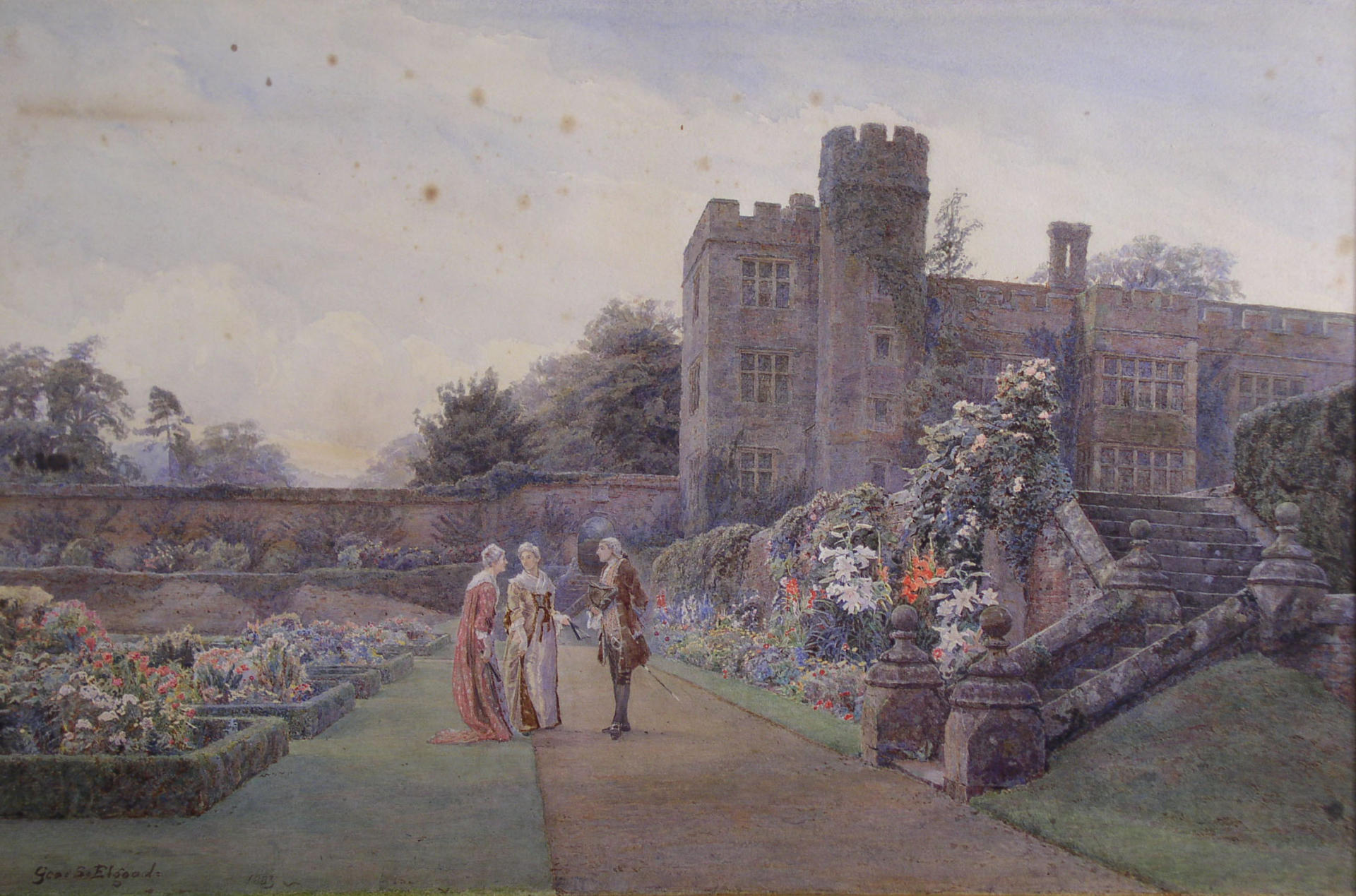